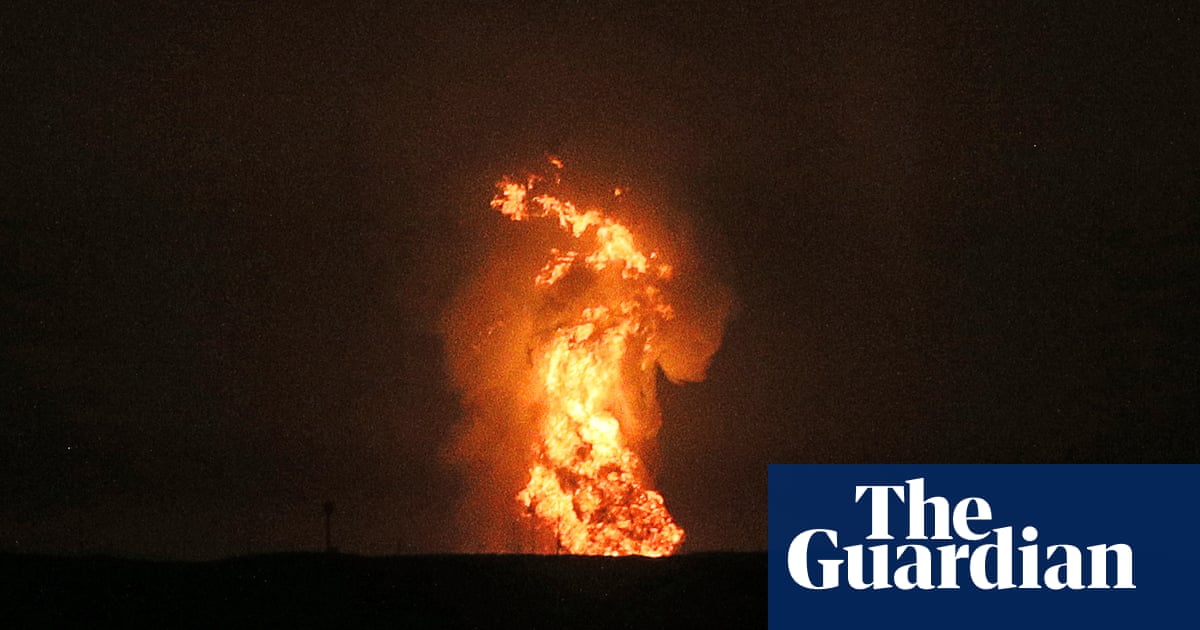 A strong explosion has shaken the Caspian Sea area where Azerbaijan has extensive offshore oil and gas fields.

The cause of the blast, which caused a column of fire to rise into the sky late on Sunday, was not immediately determined, but state oil company Socar said preliminary information indicated it was a mud volcano. Socar said none of its platforms were damaged in the explosion.

The Caspian Sea has a high concentration of mud volcanoes, which spew both mud and flammable gas.

Socar spokesman Ibrahim Ahmadov was quoted by the Azerbaijani news agency APA as saying the blast took place about 10km (6 miles) from the Umid gas field, which is 75km (45 miles) off the coast of the capital, Baku.

Mud volcano expert Mark Tingay, an adjunct associate professor at Australia’s University of Adelaide, said that the explosion “certainly could be a mud volcano,” and that the location “fits roughly” with a mud volcano called Makarov Bank, which exploded in 1958, releasing a column of flame 500-600m high and 150m wide.

The country has “hundreds” of mud volcanoes, a quarter of which are known to erupt violently, said Tingay.

Scientists aren’t certain of what causes mud volcanoes to ignite, but the likeliest theory is that the boulders and rocks propelled upwards during an explosion can knock against each other, causing a spark that lights gasses.

Azerbaijan is known as the “Land of Fire” because of its subterranean oil and natural gas reserves. Explorer Marco Polo wrote about the fires – caused by the burning gas – in the 13th century.

The explosion on Sunday came after a fire on the ocean surface in the Gulf of Mexico west of Mexico’s Yucatan peninsula was extinguished on the weekend after burning for more than five hours.

Dubbed the “eye of fire” on social media due to the blaze’s shape, state oil company Pemex blamed a gas leak from an underwater pipeline for sparking the fire.

– With the Associated Press