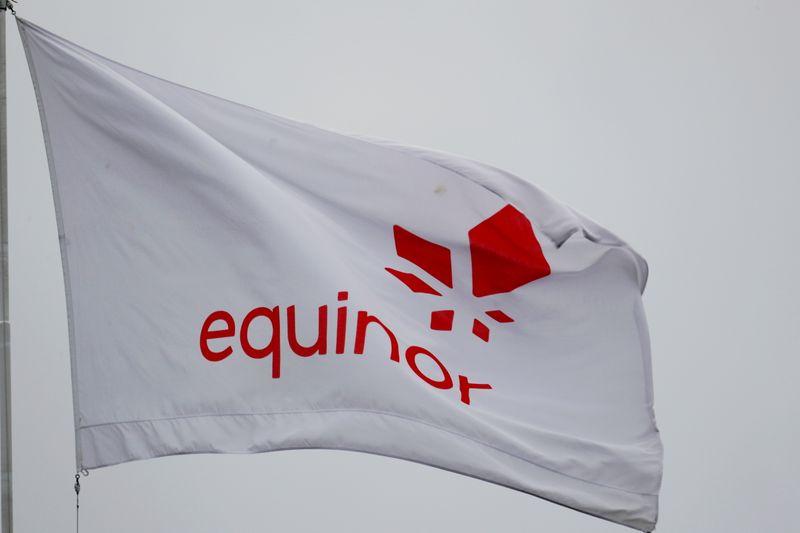 OSLO (Reuters) -Norway’s Equinor posted a sharp increase in second-quarter profit on Wednesday as prices of oil and gas rose, but its earnings fell short of expectations as its Norwegian unit missed forecasts.

Adjusted earnings before tax rose to $4.64 billion in the April-June quarter from $350 million in the pandemic-hit year-earlier period, the company said, lagging the $4.83 billion predicted in a poll of 20 analysts compiled by Equinor.

The company also said it would begin the first phase of a long-planned share buyback, and aims to spend $300 million on the program by Sept. 28.

“Strict capital discipline and a net cash flow of more than $4.5 billion reduced our net debt ratio to 16.4% and make us robust for volatility in commodity prices going forward,” CEO Anders Opedal said in a statement.

The net debt ratio fell from 24.6% in the first quarter.

“Developments related to the ongoing pandemic … will continue to impact energy demand, energy prices, and related volatilities in 2021 and beyond,” Equinor said.

Lockdowns and vaccination efforts to stem the spread of COVID-19 could thus be key factors, it added.

“At the same time, markets are currently showing signs of increased demand relative to supply, reflected in higher price levels for oil and gas in the near term,” the company said.

Equinor’s largest division, known as Exploration and Production Norway, swung to a pretax profit of $3.96 billion from a loss of $85 million a year earlier, but fell short of the $4.1 billion expected by analysts.

Quarterly petroleum output fell to 1.997 million barrels of oil equivalent per day (boepd) from 2.011 million boepd a year earlier, but Equinor reiterated its goal for volumes to grow by about 2% overall in 2021.

The price of North Sea crude plunged to around $15 per barrel in April of last year but has since recovered to its pre-pandemic level of more than $70, prompting a rebound in the shares of Equinor and other oil producers.

The state-controlled firm, under pressure from minority shareholders to boost its climate ambitions, last month vowed to speed up investments in renewable energy and low carbon solutions even as its petroleum output continues to climb.

However, the renewables unit posted a pretax loss for the second quarter of $31 million, while analysts had predicted a deficit of $5 million.

In a June strategy update, Opedal reiterated a goal to increase the group’s oil and gas output annually by 3% on average until 2026, but said output is expected to fall in the following years as major fields are gradually depleted.

A decade from now, more than half of the company’s capital expenditure will go into investments such as wind turbines, solar plants and CCS, Opedal said last month.